Demi Lovato thanked her fans for standing by her from behind the walls of her rehab facility. 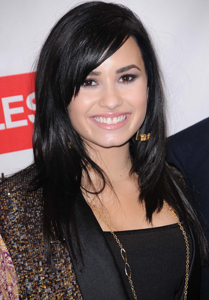 Demi Lovato is still in treatment for “emotional and physical issues,” but she wants her fans to know how much she appreciates their support. The troubled Disney star expressed her gratitude on her Facebook page.

“I wish to thank all the friends and fans who voted for me for the People’s Choice Awards and the Hot Hits Hottest Teen Stars of 2010,” Lovato, 18, wrote on her official Facebook page on Saturday.

“I want to make sure my fans know how thankful I am for all their love, support and prayers during this difficult time. Thank you for standing beside me through it all.”

Demi Lovato left the Jonas Brothers tour after punching the daylights out of one of her backup dancers.

The Disney star has been in a treatment center ever since — Halloween weekend was when her peeps say she went in — for the aforementioned undisclosed physical and emotional issues, but rumors of cutting, an eating disorder and drug use have plagued the teen.