Shakira has split from her boyfriend of 11 years, but says it might only be temporary. 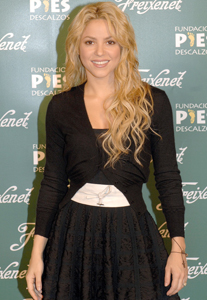 Singer Shakira has called it quits with her longtime love, investment banker Antonio de la Rue, after dating for 11 years.

“Since August 2010, we made a mutual decision to take time apart from our romantic relationship,” Shakira revealed on her blog. “Throughout this time we have continued to work together hand in hand, have remained close and have kept the details absolutely private until now.”

But the singer says, much like Courteney Cox and David Arquette, no one is calling it final yet.

“We view this period of separation as temporary and as a time of individual growth as we continue to be partners in our business and professional lives,” she wrote. “Our friendship and understanding of one another is unwavering and indestructible.”

So what went wrong? Sources say it was a simple case of boredom.

An insider told UsMagazine.com, “There was no big drama, it’s just one of those things where they had been together a long time and realized they were more friends and business partners than lovers. It’s sad, but they could get back together. They just needed a break.”