Owen Wilson and girlfriend Jade Duell are set to become parents any day now! Read on to learn how Wilson’s preparing for his first-born child. 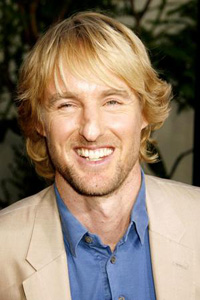 Funnyman Owen Wilson couldn’t let the ladies have all the fun —? he just confirmed that he’s going to be a dad!

“Owen Wilson and Jade Duell are happy to be expecting a baby,” his rep confirmed to People Monday afternoon.

The Little Fockers actor, 42, has reportedly dated Duell for more than a year, according to Entertainment Weekly.

The child is “??“due any day,????“?? according to an US Magazine source. Duell is currently in Hawaii preparing for the birth.

“[Wilson is] very excited and involved with the pregnancy,” the source said of the first-time dad. The couple reportedly “wants to do everything as natural as possible.“

Wilson has every reason to be excited! He’s had on-again, off-again relationships with Sheryl Crow and Kate Hudson and fought personal problems a couple of years back.

Read on for more Owen Wilson