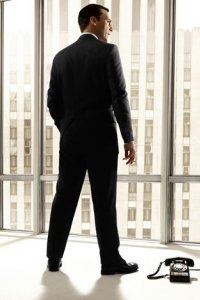 Who will win: Mad Men
Who should win: The Walking Dead or Boardwalk Empire

Mad Men is already a Golden Globes favorite, so look for the AMC show to take the prize. But, the best show of these five in 2010 was a virtual tie between The Walking Dead and Boardwalk Empire.

Modern Family is the best comedy on television this year, but those Glee kids could pull an upset. But, with the momentum that Modern Family has going through this second season, they will be hard to beat.

Can you imagine Boardwalk Empire without Steve Buscemi? Hardly! But, the Golden Globes adore Mad Men, so look for its lead, Jon Hamm, to walk away with the golden statue. 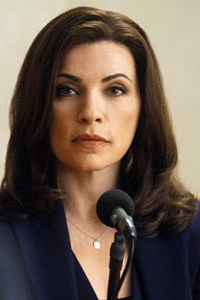 Who will win: Julianna Margulies, The Good Wife
Who should win: Katey Sagal, Sons of Anarchy

Katey Sagal was grossly overlooked by the Emmys this year and will also be treated the same at the Golden Globes. Julianna Margulies is stellar in The Good Wife, so we’re fine with her winning, but one of these days, Katey Sagal should get her due.

Who will win: Steve Carell, The Office
Who should win: Jim Parsons, The Big Bang Theory

We’re not sure The Big Theory is a favorite with the Hollywood Foreign Press and as such, look for Jim Parsons to not repeat his Emmy win. Steve Carell, in his final season on The Office, will be given a going away present from The Golden Globes for his role as Michael Scott.

Who will win: Tina Fey, 30 Rock
Who should win: Laura Linney, The Big C

The Big C is the perfect vehicle for Laura Linney and her performance on the show is the stuff of legend. But, she will have a difficult time beating Golden Globe favorite Tina Fey. 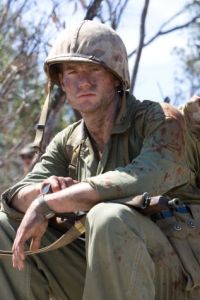 The Pacific was one of the best pieces of work, not only on television, but throughout the entertainment world in the last year.

BEST ACTOR IN A MINI-SERIES OR TV MOVIE

Al Pacino took home the Emmy for You Don’t Know Jack and look for his streak to continue at The Golden Globes.

BEST ACTRESS IN A MINI-SERIES OR TV MOVIE

Just like Al Pacino in the Best Actor category, Claire Danes will repeat her Emmy win for performance by an actress in a mini-series or TV movie. 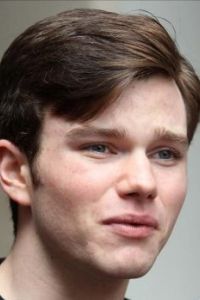 BEST SUPPORTING ACTOR IN A SERIES, MINI-SERIES OR TV MOVIE

Who will win: Chris Colfer, Glee
Who should win: Scott Caan, Hawaii Five-O

Eric Stonestreet won the Emmy for this category and we don’t think it likely he will repeat at The Golden Globes. The battle in this category is from Scott Caan from Hawaii Five-O and Chris Colfer on Glee. Although Caan deserves the award in our opinion, because of Colfer’s incredible work this year on Glee, the award is his to lose.

BEST SUPPORTING ACTRESS IN A SERIES, MINI-SERIES OR TV MOVIE

Who will win: Jane Lynch, Glee
Who should win: Sofia Vergara, Modern Family

Look for the Jane Lynch-Sofia Vergara rivalry to continue as Lynch defeated Vergara for the Emmy and will do the same at The Golden Globes.