Can’t make it to the Sundance Film Festival? We’ll give you a preview so you can sound all artsy and stuff. Seriously though, there are some great offerings this year, including Higher Ground starring Up in the Air’s Vera Farmiga. 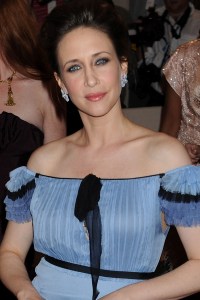 Want to get some serious buzz about your upcoming film? You know what to do. Take it to the Sundance Film Festival. This year’s Park City, Utah movie extravaganza takes place from January 20 to 30 and will feature a slew of films hoping to win prizes and get attention from critics. Sundance has been around since 1978, and a Grand Jury prize means your film will be on a whole pile of watch lists.

So what films are getting people ready to brave the Utah cold and line up early? Here are our most anticipated films that are appearing at Sundance 2011.

Higher Ground: Sundance says, “A frustrated young mother turns to a fundamentalist community for answers, but after years of dogma and loss, she must find the courage to ask the questions that will help her reclaim her life.”

Why we’re looking forward to it: Vera Farmiga can do no wrong as an actress and we’re dying to see what she can do as a director. She’ll also be starring in the film, so it’s sure to be fantastic. Strangely enough, Vera and I were in the same acting class at Syracuse University Drama and yes, she was always that good.

Why we’re looking forward to it: Kevin Smith has been promising this one since 2006. He wrote it, directed it and from all reports, it’s a complete reinvention for him. The film is in the non-competition section of the festival and we can’t wait to see if this horror film is a groundbreaking success or full of hot air.

My Idiot Brother: Sundance says: “Despite looking for the good in every situation and the best in every person, Ned always seems to find himself holding the short end of the stick—being conned into selling pot to a uniformed cop, being dumped by his girlfriend, and worse yet, losing custody of his beloved dog, Willie Nelson. When he turns to family, he is passed from sister to sister while he gets back on his feet. Ned’s best intentions produce hilariously disastrous results, bringing the family to the cusp of chaos and ultimately the brink of clarity.” 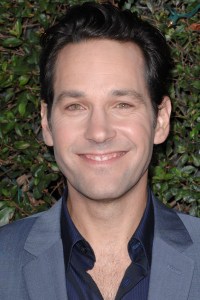 Why we’re looking forward to it: Paul Rudd is an incredibly talented actor. I’ve been a fan since I saw him in the Off Broadway play, The Shape of Things. But he very often takes roles that just don’t show off his acting skills. This one will definitely be a performance to watch.

The Ledge: Sundance says: “Atop a high-rise building, Gavin, a young hotel manager, is about to end his life. Hollis, a detective whose own world has just been turned upside down, is dispatched to the scene. As Hollis tries to persuade Gavin not to jump, each man begins to open up about his past, and we discover that neither of them is convinced that his life is worth living.”

Why we’re looking forward to it: Sure, it’s a subject that’s been done a zillion times, but it’s certainly never dull. The buzz says the performances are more than worth a viewing.

The Greatest Movie Ever Sold: Sundance says: “Acclaimed filmmaker and master provocateur Morgan Spurlock (Super Size Me) returns to the Sundance Film Festival with tongue-in-cheek perfection as he examines the world of product placement, marketing, and advertising by making a film financed entirely by product placement, marketing, and advertising. We live in an age where it’s tough even to walk down the street without someone trying to sell you something. It’s at the point where practically the entire American experience is brought to us by some corporation.”

Why we’re looking forward to it: Just read the above. Who doesn’t like a look into the seedy underbelly of the film industry?

What films are you looking forward to most? Let us know below.