Oprah Winfrey made her first-ever appearance at the Television Critics Association press tour to talk about OWN and look back at the journey that led her to her OWN network. BFF Gayle King and Lisa Ling were also in attendance to pitch their shows, along with the crew from Your OWN Show, including hosts Carson Kressley and Nancy O’Dell, executive producer Mark Burnett and the contestants; but it was all about Oprah.

“It’s like being thrown to the wolves,” Oprah Winfrey panned to the packed room of television critics. “Good lord, I’m scared.” 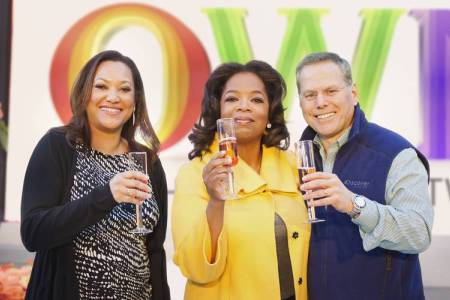 But the queen of talk didn’t seem scared. She controlled the room, talking so much there weren’t many questions asked. Who can fault Oprah for being excited after the successful launch of her OWN network?

“This has been a revelatory week for me,” Oprah said. “It was not actually until we were on the air that I fully started to grasp what it means to have a network where you are the ‘OW’ of the ‘OWN.’ I had a moment thinking about this journey…how absolutely extraordinary it is that I can sit in this place with my name on a network, coming from a little town in Mississippi that people still can’t pronounce, growing up without a television and begging my grandmother for a television.”

The proud new network chair, who still doesn’t watch any TV except her OWN, stuck around to chat with a few reporters after the panel and then came out to the OWN press party for some more chatter, and SheKnows was front and center for all of it!

Here are some of the highlights from the Queen of all media’s chat.

On the OWN logo: “We started out with a dumpy shrunk logo. It was like a donut and we were in a meeting one day and I said, ‘I hate that squat thing!’ This summer, we revised the whole logo and the reason it’s multicolored is I see the network as a paint box,” Oprah Winfrey said. “A friend of mine just gave me a big box of coloring pencils. I don’t draw, but I have them in my office at home like a piece of sculpture…That’s what OWN feels like to me now. It feels like a big paint box where you just have an idea, and you can build on that idea.” 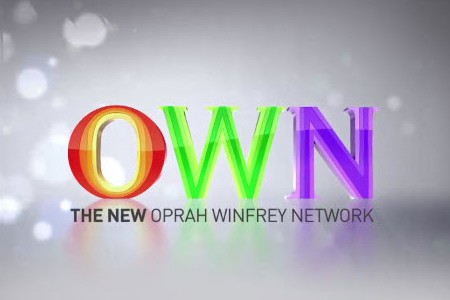 On her OWN goal: Oprah envisioned “a new kind of television where people would respond to the idea of something meaningful and positive in their lives — not just feeding them sweetness, but feeding them something that could be nurturing for their spirit, for their soul, for their mind. Mind food.”

On her OWN promise: “Here is a place where you can come, and you can leave this television on in your house, in your kitchen, in your bathroom, all day long, and there’s not going to be one thing that causes you not to sleep at night,” Winfrey said.

On people who don’t respond to the positivity of OWN: “A couple of weeks ago, I said, ‘I may be completely wrong. Maybe people just want to watch housewives bicker.’ The people who want to watch this and are looking for the best of themselves, that’s who I’m talking to. If that’s not what you want to see, I’m not talking to you, and that’s okay. There’s 500 other channels you can watch. I’m not trying to please everybody.” 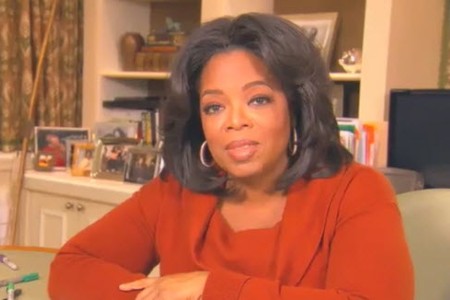 On the OWN hurdles ahead: “We’re going to have some, perhaps, rocky times with the channel, keeping people there and keeping people motivated to continue watching,” Oprah admitted. “It’s going to be our responsibility to let them know what’s coming and when and that there are new and better and even greater things ahead, and keep them engaged in our channel…But we can do that, because I believe the people want it and I believe that now there is no better time for it.”

On the transition from talk show queen to network chair: “Now we’re ‘Zaz and O,’ but when David Zaslav (OWN president and CEO) first came to me, I was under the illusion that I could have a network and build it and travel the world, finish my show, build a boat, go to France, sail around and come back, do a show, every now and then check in, ‘How are things over there at OWN?’ When somebody comes to you — I hope it happens to you in your life — and says, ‘Would you like to do a network,’ you are flattered. The reality of that, when you step out of the ego moment, becomes something else. The shift for me was I’m not going to be able to have that ‘relaxed, let me take it easy, travel the world life’ for at least the next three years. But I do need to see the world. I do need to look at another way of doing interviews. And so that’s why Your Next Chapter is going to incorporate moving around the world.” 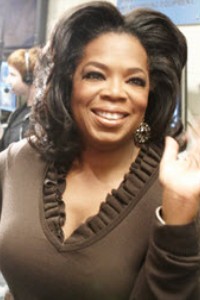 On being a messenger: “When I was three years old, speaking in the church, doing those Easter pieces that all black people know about, the church ladies would say to my grandmother, ‘That child is the talkin-ist child. Oooo, Hattie Mae. Where that chil’ learn to do invictus?’ That was inspiration, even then, to those older people. So a running theme for me is to be used as a vehicle for inspiring other people. That is what brings me joy,” Oprah said.

“I fully understand that this platform that I have been given is a gift. When you look at the whole story, you look at Mississippi in 1954 and a young, colored girl born in circumstances where nobody was educated, nobody had a dream. The only dream that my grandmother had for me was, ‘I hope you grow up and get some good white folks.’ [She hoped] I would be able to have a family like she had that would give you clothes, that would let you bring food home, that wouldn’t degrade you or demean you or call you out of your name.”

On her message: “I see myself really as a messenger for a message that is greater than myself, and the message is, ‘You can.’ You can do, you can be and you can grow, and it can get better. And it doesn’t matter where you were born or who your mother was or how many doctorate degrees you have or your family had or your father had. It doesn’t matter. You can.”