Ladies, start your engines now that Jake Gyllenhaal is back on the market after splitting from songbird Taylor Swift. So, I guess we’ll be watching Swift sing a song about Gyllenhaal on the next season of Dancing With the Stars. 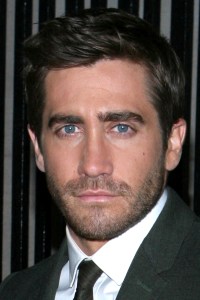 Now that Taylor Swift and Jake Gyllenhaal have ended their relationship, it begs one to wonder: What drew apart the serial dater from the world’s sexiest man [According to our polling!]?

Swift and Gyllenhaal’s sources confirmed that the pretty people spent New Year’s apart and that Jake was the guy that did the deed.

It seems Gyllenhaal was feeling the difference between her 21 years and his 30. Also a cause: He was also having difficulty dealing with all the attention and wanted to keep his private life private.

I admire the sentiment Jake, but you’re going to get attention no matter who you date.

We can’t unsee those abs, now can we? Oh, and you’re famous, remember?

It’s all very sad, but let’s look at this Swift and Gyllenhaal split in a positive light. Swift now has something else to write a song about and I can put Jake back on my “list.”

Not that I have one…