Amber Heard has had the opportunity to travel the globe because of her career as a model and actress. We are proud to partner with Anchor Bay and showcase an exclusive clip featuring Heard visiting local schoolchildren in Argentina while on a break from filming And Soon the Darkness.

Amber Heard is in Argentina and had the opportunity to further enrich some Argentinean kids’ lives because of her experience filming the thriller And Soon the Darkness. 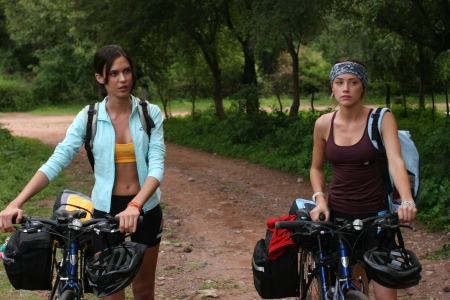 The film also stars one of our favorites, Odette Yustman, as well as up-and-comer Karl Urban. And Soon the Darkness follows Stephanie [Heard] and Ellie [Yustman] on holiday in a small village in Argentina. What started out as an effort to simply get some sun and have a girls’ vacation, quickly turns into a nightmare.

After a night out, the two have a drunken argument and go their separate ways to sort things out. When Stephanie returns, Ellie is gone.

Heard’s character has to rely on her own resourcefulness as the local police are beyond busy with a rash of kidnappings that mirror what happened to Yustman’s Ellie. The kidnappings also share another facet — all victims were found dead at dawn. Stephanie must find Ellie sooner rather than later because she knows that sunrise means her friend has run out of time. 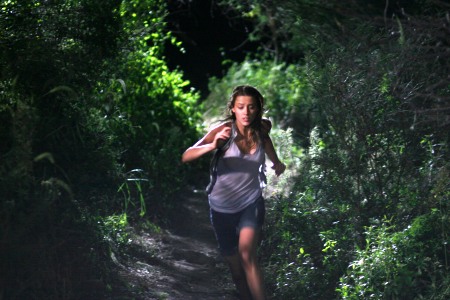 Heard is fresh off of explosive turns in Zombieland opposite Jesse Eisenberg and Emma Stone, and Pineapple Express with Seth Rogen and James Franco. She also has an upcoming film that is buzzing on everyone’s radar due this year, The Rum Diary — from Hunter S. Thompson’s book, starring Johnny Depp.