Katy Perry is testing out her acting chops by guest starring on the hit show How I Met Your Mother. 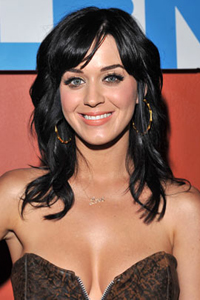 Katy Perry may need some acting advice from hubby Russell Brand as she has been slated to guest star in the sitcom How I Met Your Mother later this season.

The 26-year-old singer will play Zoey’s naive cousin that the gang all decides to call “Honey” in the CBS show. The Emmy-nominated show has recently had another singer guest star — Carrie Underwood.

Katy Perry, who just picked up People’s Choice Awards for Favorite Female Artist and Favorite Online Sensation, caused controversy when her segment for Sesame Street was cut because her outfit showed too much cleavage.

Perry recently told Hollyscoop that she would consider making the transition from singer to actress. “I would if it’s right, I’ll do everything if it’s right,” Perry said. “I’m not just going to do it because I had a good year, or something like that, it has to speak to me. I’ll definitely put my blood, sweat and tears into whatever I do, and that takes a lot out of me.”

read on for More Katy Perry