The details of Elizabeth Edwards’ will have been released and it’s really no surprise that the will makes no mention of estranged husband, Senator John Edwards. Instead, Edwards left her estate to her children and named eldest daughter Catharine, 28, as executor. 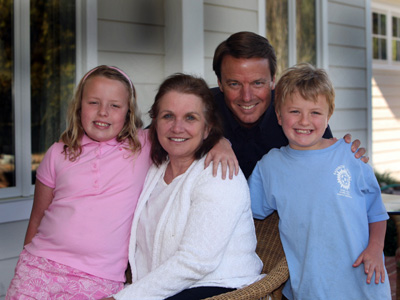 Edwards also named Cate as the guardian of her younger siblings, Emma Claire and Jack, if anything happens to John Edwards. Edwards had long intended to put Cate in charge – Edwards even said that she taught Cate certain things about her housekeeping and parenting style to prepare for her death.

Edwards was diagnosed with cancer in 2004 during John Edwards’ unsuccessful vice-presidential bid with Senator John Kerrey. He later admitted to fathering a child with mistress Rielle Hunter while Edwards was in remission from cancer treatment. The couple separated after the affair and love child came out, though they never divorced. John was reportedly at her bedside in her final days.

Edwards announced last year that she stopped all cancer treatment. Her final public statement came via a Facebook post a few days before her death.

“You all know that I have been sustained throughout my life by three saving graces: my family, my friends, and a faith in the power of resilience and hope. These graces have carried me through difficult times and they have brought more joy to the good times than I ever could have imagined,” she wrote.

“The days of our lives, for all of us, are numbered. We know that. And, yes, there are certainly times when we aren’t able to muster as much strength and patience as we would like. It’s called being human. But I have found that in the simple act of living with hope, and in the daily effort to have a positive impact in the world, the days I do have are made all the more meaningful and precious. And for that I am grateful.”

Read on for more Elizabeth Edwards