Addison is faced with a seemingly impossible task when her mother demands she save her partner on Private Practice, while Cooper and Charlotte try to rekindle their sex life. 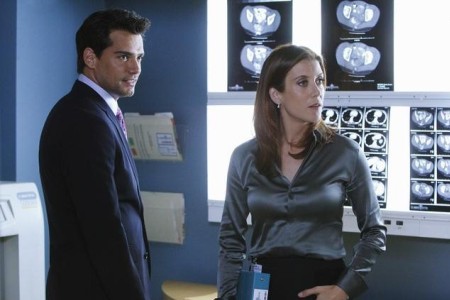 Addie says Susan is beyond treatment, but Bizzy insists her daughter finds a way to save the love of her life. Addison calls in the help of Dr. Rodriguez [Cristian de la Fuente], begging the question: Will the return of the tempting hunk mean trouble for Sam and Addie?

Cooper [Paul Adelstein] has been a stand-up guy, supporting Charlotte [KaDee Strickland] through her recent sexual assault and the ensuing drama. Now, however, he wants to have sex — and not just for himself. He thinks it would be good for sexy Charlotte to get back to doing what she loves, assuming she’s ready.

Amelia [Caterina Scorsone] and Pete [Tim Daly] disagree on a patient’s care, but Charlotte tells the bickering docs to do what the patient’s wife wants. Then the patient’s mistress shows up with other ideas, further confusing the situation.

Meanwhile, Violet [Amy Brenneman] reveals that after she was attacked and had her baby cut out of her, she started journaling as a coping mechanism. Now, she has 837 pages that someone wants to publish! The publisher wants her in New York City immediately. First, however, she has to tell Pete and whoever else is in the book about it.