Talk show host Montel Williams was caught with a marijuana pipe in his bag in a Wisconsin airport on Tuesday. 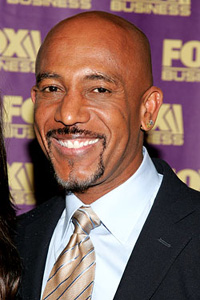 Montel Williams was made to pay a fine of $484 for possession of drug paraphernalia at the General Mitchell International Airport in Milwaukee. He was carrying a pipe used to smoke marijuana in his carry-on bag.

Williams, 54, has been battling multiple sclerosis since 1999 and uses medical marijuana for chronic pain relief. He is a big proponent of legalizing marijuana for medicinal reasons.

“Most people think about people sitting around in a group passing a joint…,” he said in an interview. “But marijuana can be eaten, it can be liquefied, it can be freeze dried, it can be turned into other substances. Right now in California you can purchase marijuana in an oil that you can put under your tongue. That’s the same effect as if you would smoke it.”

He says that smoking provides faster pain relief for him. “In some cases the edible version of it is for me, and for other people I know who use it medicinally, works better than actually smoking it. Smoking allows for immediate cessation of your pain because it goes right up to your brain and into your nasal passages so you get relief quicker, but the relief lasts longer if it’s ingested. We have all of these fake and false ideas of what marijuana is.”

He said he has tried all the other pain medicines, including Percocet, Vicodin and OxyContin, but none helped him deal with his chronic pain like medicinal marijuana, which is prescribed to him in the state of California — although outside of California, it’s another story.