Newly single Eva Longoria is reportedly bouncing back from her failed marriage with Tony Parker with Penelope Cruz’s younger brother. 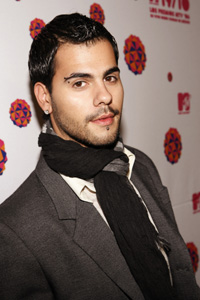 Eva Longoria is having no trouble finding a new man to take the place of her ex-husband, Tony Parker. Page Six is reporting the Desperate Housewives star has been spotted with Penelope Cruz’s younger brother, Eduardo Cruz.

Eduardo is a Spanish pop singer who is a full 10 years younger than Longoria. She was spotted Christmas Eve morning walking around in her garage — wearing nothing but a short white robe. Minutes later, Eduardo, also barefoot, was spotted in her garage. “They were clearly very comfortable with each other,” a source tells OK! “They started to rummage around in Eva’s Range Rover, getting some bags out.”

The insider went on to say he has been spending a lot of time at Eva’s $3.6 million home. “He’s there at least three nights out of every four — he turns up and he leaves the next morning. They are trying desperately to stay beneath the radar.”

Even though nosy neighbors report she has been spending a lot of time with him, Longoria’s rep insists their relationship is platonic. “Eva and Eduardo are friends.”