The Hollywood Foreign Press Association gave us a glimpse into a few choice names for this year’s Golden Globes and one of the lucky chosen happens to be our favorite vampire, Robert Pattinson. 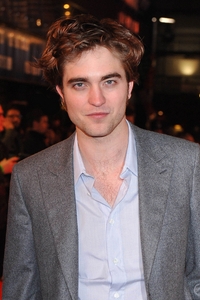 Let’s face it, Robert Pattinson will always be known for playing the mysterious vampire Edward Cullen in The Twilight Saga, but he is much more than the character that launched his name. He’s a producer and singer and he’s currently getting well-deserved buzz for his performance in his new film Water for Elephants. To top the successful sundae that is his career, Robert Pattinson has just been named a presenter at this year’s Golden Globes.

The Hollywood Foreign Press Association released the news via Twitter that Robert Pattinson would be one of the presenters at the 68th annual Golden Globes. The tweet also included two other famous names that will join Pattinson in presenting duties — Jennifer Lopez and Matt Damon. Matt Damon will reportedly present Robert De Niro with the Cecil B. DeMille Award.

It’s a little known fact that once you’re in as a presenter for the Golden Globes your chances of presenting at the Oscars rise. A few years back, Robert Pattinson got to present a montage of sorts with Hollywood actress Amanda Seyfried, but this year could be the year for him to hand out a trophy.

Check out Robert Pattinson on the People’s Choice Awards January 5 and in his new flick Water for Elephants, hitting theaters April 22.

Do you think an RPatz appearance on the Golden Globes will spice things up a bit? We can already feel the heat rising.

Read on for more Robert Pattinson: