Gwyneth Paltrow and Cee Lo Green recently headed to the studio to record a revamped version of Green’s F*** You. 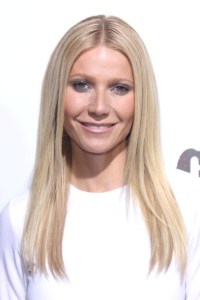 Gwyneth Paltrow is capitalizing on her successful take of Cee Lo Green’s F*** You during her entertaining stint on Glee. Not only did Paltrow get a thumbs up from Green himself for twisting his hit into a TV friendly ditty called Forget You, she got to record a new version of the track with the singer.

Paltrow and Green shared some NYC studio space recently, recording a new version of F*** You, which Paltrow tore up — in a good way — on Glee in 2010. We knew it was coming, it was just a matter of time. “We’re actually working on something,” Green told E! News in late December. “We’ve been considering a few things actually.”

The super-duo will also reunite January 15 when Gwyneth Paltrow hosts Saturday Night Live with Cee Lo Green as the show’s musical guest. Paltrow will also reprise her hit role as substitute teacher Holly Holiday on Glee in the near future.

Are you excited to hear Gwyneth Paltrow and Cee Lo Green tear up the charts with their new collaboration? Do you think Paltrow and Green will surprise us on Saturday Night Live with a live duet? Tell us! We want to know. Don’t forget to check out Gwyneth Paltrow in Country Strong hitting theaters January 7.