Legendary singer Gerry Rafferty passed away Tuesday after a long illness. Read on to learn more about the career and life of the Baker Street singer.

Scottish singer/songwriter Gerry Rafferty passed away Wednesday after a battle with kidney failure. He was 63. Rafferty was best known for hits Baker Street and Stuck in the Middle With You. 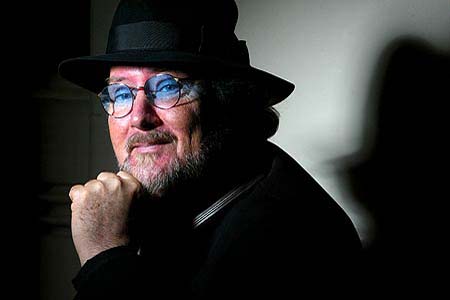 He was born near Glasgow, Scotland, as the third (and unwanted) child of his family. His father Joseph was a violent drinker and his mother, Mary Skeffington, would drag Rafferty and his siblings outside of the house so they wouldn’t be home when their father returned.

Rafferty’s father died when he was 16 and he left school that same year to work in a butcher’s shop. On weekends, he and best friend Joe Egan played in a group called Mavericks. When their single with the Mavericks failed to take hold, Rafferty and Egan left the group and joined The Humblebums.

He went solo in 1971 with his release Can I Have My Money Back? that established him a singer/songwriter. He joined with Egan in 1971 to form Stealers Wheel and released Stuck in the Middle With You, though disputes let to a breakup before the 1975 released of their album Right or Wrong.

He went on to release Baker’s Street in 1978 after years of disputes with record labels and other music industry people. The success of Baker’s Street pushed his second solo album City to City to sell five million copies.

His success waned during the 1980’s, but he lend vocals to The Proclaimer’s hit Letter From America in 1987. He also released more solo albums.

Rafferty married Carla Ventilla in 1970. The union produced Martha — the couple’s only child — in the early 1970s. They divorced in 1990, largely due to Rafferty’s chronic alcoholism. She still cared for him after their divorce.

“There was no hope. I would never have left him if there’d been a glimmer of a chance of him recovering,” she said.

He famously “disappeared” after moving to Ireland in 2008 with a woman he met at a video store. They moved into a London hotel after taxis and doctors refused to tend to the singer. It was at the hotel that he embarked on a five-day binge that resulted in an involuntary hospitalization. He ultimately disappeared from the hostpial and remained secluded until his health declined.

Rafferty is survived by his daughter Martha, his brother, Jim, and one granddaughter.