Bill Erwin — best known for his role as a Grumpy Old Man on Seinfeld — passed away last week at his California home. Read on to learn more about this veteran character actor. 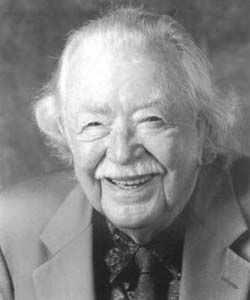 Veteran character actor Bill Erwin – best known for his role as the “Grumpy Old Man” on Seinfield passed away last Wednesday from natural causes at his home in Studio City, Calif. He was 96.

Erwin was born in Honey Grove, Texas, in 1914 and graduated from the University of Texas-Austin before beginning his acting career. He spent decades performing in theatre productions in California and earned a Los Angeles Drama Critics Circle Award in 1983 for his role in Old Friends.

He screen career included a role in the 1980 fantasy film Somewhere in Time and television appearances on shows ranging from The Twilight Zone to ER to The Golden Girls.

However, it’s his appearance as Sid Fields on Seinfeld that gave Erwin his name. On the show, Jerry Seinfeld opts to spent time with the grumpy old man through a “Rent-A-Grandpa” program and things take a hilarious, if unplanned, turn. Erwin eventually earned an Emmy nomination for the role.

Erwin is survived by four children and seven grandchildren.