Toni Braxton is giving the world a reality check in her new reality series on the WE network — Braxton Family Values. 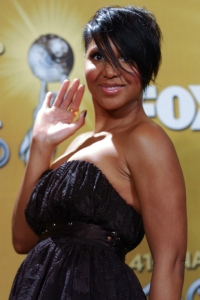 Toni Braxton is set to make news of the non-financial kind as she prepares to star in a new reality series about, what else, her life.

Slated to be a part of the WE network, the reality series will be reportedly titled, and fittingly so, Braxton Family Values. According to a WE rep via TVGuide.com, the soulful singer will be joined by her family on screen for an honest look at the artist’s life which includes sisters Traci, Towanda, Trina and Tamara. Toni Braxton’s sisters have a few things in common with the Grammy winner. They all happen to be singers on the rise.

The family friendly and female oriented network will reportedly launch Braxton Family Values in April of 2011 as an attempt to gain an even bigger female audience who embodies and embraces family programming. Five singing sisters sound like the perfect way to do it if you ask us.

This isn’t Toni Braxton’s first dip into the reality TV pool. The Unbreak My Heart singer danced her way around the season seven floor of Dancing With the Stars, which is no easy task.

Will you watch Toni Braxton and her sisters get real on WE TV or will you be tuning out? Tell us, we want to know.

32 mins ago
by Daisy Maldonado