Justin Bieber has released a new clip from his forthcoming autobiographical film, Never Say Never. Also, we’ve got two new stills from the Bieber biopic as it appears that Bieber fever is only beginning its onset. With the big screen release of Never Say Never, Bieber is conquering yet another platform in the entertainment world. Don’t you think this film will debut at number one?

Never Say Never follows the rise of Justin Bieber from a family singing sensation through his first YouTube appearances and then to global phenomenon. 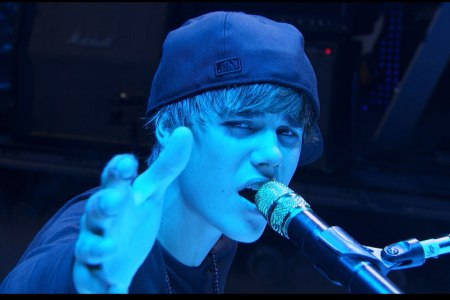 To get fans worked up into more of a fever pitch, Paramount has announced the debut of a new Justin Bieber Never Say Never website, devoted solely to the highly anticipated 3D film. Yes, we did say Justin Bieber is coming at you on the big screen in 3D!

Never Say Never lands in theaters February 11 and will feature a Bieber biographic trip down memory lane as audiences see Bieber as Never before. The film will showcase early childhood photos and videos and also take viewers backstage, onstage and all-around the Justin Bieber stage show. Never Say Never promises to be a cure for Bieber fever if there ever was one. 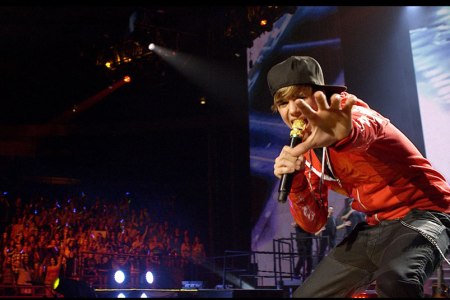 Paramount is reporting that fans have already purchased the available 100,000 advance movie tickets for the Never Say Never preview and the film isn’t out for another six weeks. We will keep you posted whether another fan on-sale date is on the horizon.