Actress Anne Francis passed away Sunday at 80 from pancreatic cancer. Read on to learn more about this legendary sci-fi actress and how she made her mark on the big and small screens.

Actress Anne Francis, best known for her science fiction movie roles and sex symbol status passed away Sunday after a battle with pancreatic cancer. She was 80. 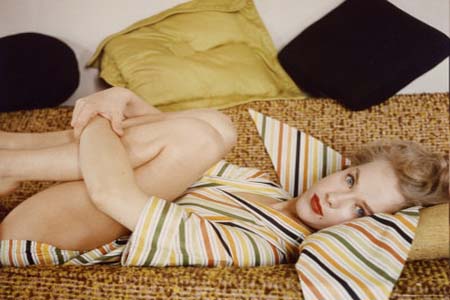 Francis started her career at a young age — she modeled to help her family during the worst of the Great Depression and made her debut on Broadway at 11. She moved on to movie roles during the 1950s, including roles in So Young So Bad, Susan Slept Here and Blackboard Jungle. However, it was her role as Altaira in the sci-fi flick Forbidden Planet that put Francis on the map.

She later found success on television with appearances on shows including The Twilight Zone, the James Bond-eque Honey West, My Three Sons, Dallas, Matlock and Murder, She Wrote. Her last television appearance came in 2004 with a role on Without a Trace.

Francis embraced technology in recent years, even offering fans the opportunity to interact with her via her official website. A personal note posted on her site told fans of her health issues and advised that she wouldn’t be able to sign autographs or answer fan mail until her health improved. Unfortunately, that improvement never happened.

Francis is survived by two daughters and a grandson.