It is often tempting to put the word “saint” in front of Brad Pitt and Angelina Jolie’s names. It could happen! Jolie and Pitt have just donated $2 million to an animal sanctuary in Namibia. 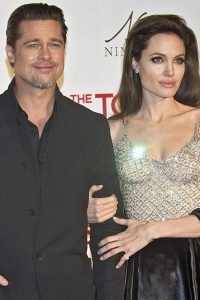 Brad Pitt and Angelina Jolie: Stunningly gorgeous and generous? Well, maybe they have bad breath or funny looking toes. That would make me feel better.

Pitt and Jolie are just as well known for their good deeds as they are for their acting roles…and just slightly less so than for how they hooked up.

It’s always nice to see people with so many good things give back. And it’s even cooler that they’re helping animals. Brad, Angie and the tribe spent Christmas in Namibia (where Shiloh Jolie-Pitt was born) at the N-a’an ku se Wildlife Sanctuary.

The sanctuary is run by conservationists Dr. Rudie van Vuuren and his wife Marlice and rehabilitates injured animals like cheetahs and lions.

According to the U.K.’s Press Association, the kids got to watch the doctor and his wife in action, reintroducing animals to the wild and helping sick ones. The couple thanked them by donating 2 million dollars. If you want to check them out, the sanctuary has its very own Facebook page of course. The organization also helps provide employment to native Bushmen and has a program that uses volunteers to teach needy children. Brad and Angie are just the coolest!