Zsa Zsa Gabor will likely have her leg amputated, her publicist reports. What caused the latest bad news in Gabor’s health struggles? Read on.

Health problems continue to plagued actress Zsa Zsa Gabor. The 93-year-old broke her hip in July and then underwent hip replacement surgery. The surgery resulted in a number of health problems, including pneumonia and blood clots throughout her body. 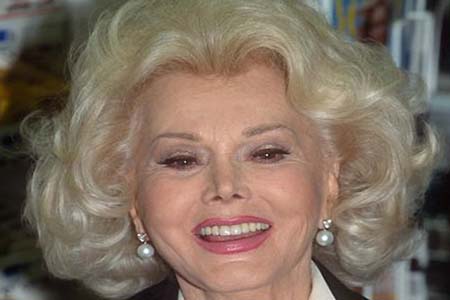 Now, Gabor is fighting a bad case of gagrene and will likely lose her leg, according to publicist John Blanchette. Doctors first noticed a small lesion on her leg late last year and it quickly grew. Gangrene, though treatable if caught early, causes restricted blood flow and clots — amputation is only used as a last resort.

The actress has rarely been photographed in public since a 2002 car accident that restricted her to a wheelchair. She later suffered a stroke in 2005.

Her days since the accident have kept the once-outspoken Gabor out of the spotlight.

“She wants people to remember her as she was years ago,” husband Prince Frederic von Anhalt said in July 2010.

For fans, those memories include her days as a sex symbol and her roles in films like Moulin Rouge in 1952, We’re Not Married and Queen of Outer Space.

She’s probably known best for her multiple marriages and smart tongue — Gabor was married nine times, including a stint as hotel mogul Conrad Hilton’s wife. She married von Anhalt in 1986 and famously slapped a police officer in 1989.

“Yes, I did it … and he deserved to be slapped,” Gabor quipped during a cameo appearance on The Fresh Prince of Bel Air in 1991.

Here’s hoping she heals quickly and is back in her best health soon.