Actor Pete Postlethwaite died Sunday after a long battle with cancer. He was 64. 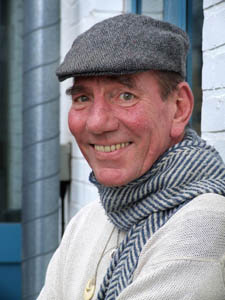 The acclaimed British actor was best known for his remarkable roles in such films as In the Name of the Father, The Usual Suspects and Amistad, and was most recently seen in the Leonardo DiCaprio thriller Inception and Ben Affleck’s The Town.

Postlethwaite began his career with small roles on the stage and British television and made his first Hollywood film appearance in Alien 3. He went on to star opposite Daniel Day Lewis in The Last of the Mohicans and received critical acclaim with his role opposite Day Lewis in In the Name of the Father, earning a Best Supporting Actor Oscar nomination.

He became a fan favorite as Mr. Kobayashi in the cult hit The Usual Suspects, making such an impression that even Steven Spielberg came knocking on his door, casting him in both Amistad and The Lost World: Jurassic Park. The famed director was so impressed with the actor he dubbed Postlethwaite “the best actor in the world.”

“I’m sure what Spielberg actually said was, ‘The thing about Pete is that he thinks he’s the best actor in the world,'” Postlethwaite dryly responded.

The actor has a long list of credits, and despite his illness appeared in four films in 2010: Clash of the Titans, Ironclad, Inception and The Town.

Postlethwaite is survived by his wife Jacqueline and his two children, William and Mary.