Mila Kunis and Macaulay Culkin are starting the new year in splitsville as the announcement of their breakup comes as quite a shock. 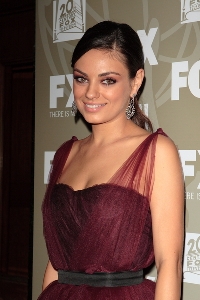 A rep for the actress confirmed to Page Six that Mila Kunis and Macaulay Culkin are parting ways after eight years of dating. Don’t expect any mud-slinging or finger-pointing with this breakup. According to the rep, “The split was amicable, and they remain close friends.”

The couple began dating in 2002 and according to an unnamed source, allegedly called it quits “months ago.” So, why did Mila Kunis and Macaulay Culkin keep their perfectly amicable split hush-hush until now? It’s being reported that they wanted to keep the media out of their personal life while she was doing press for Black Swan.

We’re not sure we ever expected the two to get married, but we certainly thought they’d stick it out. Back in December of 2009, Mila Kunis expressed her own ideas on the thought of marriage.

“Not to say that I don’t believe in it, but it’s just not something that’s important to me,” Kunis revealed to BlackBook. “But I will have children. I’m too selfish to have them now, but when I do, I don’t feel like I need to be married. I need to have a person in my life who will care for me and my children — nothing else.”

Something tells us these two will be just fine remaining as friends. A young Hollywood breakup minus the drama, who would have thought?