Newly single John Mellencamp, who just announced he is splitting from wife Elaine Irwin, has reportedly been spending time with Meg Ryan. 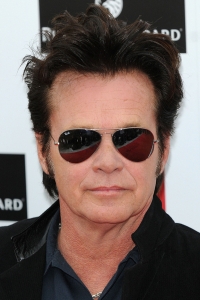 Rocker John Mellencamp just announced he is splitting from his wife of 18 years, Elaine Irwin, and has been spotted hanging out with Meg Ryan!

Mellencamp, 59, was spotted walking arm-in-arm in New York City with Ryan in late October, reports The New York Post. In fact, the actress has even been seen backstage while he has been on tour.

“Meg has been to a couple of recent shows,” a source reported.

Mellencamp and Ryan have been working together on the musical Ghost Brothers of Darkling County, where she is voicing one of the characters. Is this where they struck up a relationship? Many are wondering what role Ryan played, if any, in the breakup of Mellencamp and Irwin.

Bob Merlis, Mellencamp’s publicist, announced that he and Irwin were splitting up last week, but did not say if they were actually divorcing. “They will continue to raise their two children in Indiana but have decided to call it a day as a couple.”

Ryan, who has starred in When Harry Met Sally, divorced Dennis Quaid in 2001 after admitting to an affair with Russell Crowe — and alleging that Quaid had also been unfaithful.

Neither Merlis nor Ryan’s rep has returned calls to the NY Post regarding their potential relationship, leaving us to wonder — are they just pals? Or something more?