David Arquette has entered rehab for depression and alcohol abuse just a few months after splitting from wife, Courteney Cox. 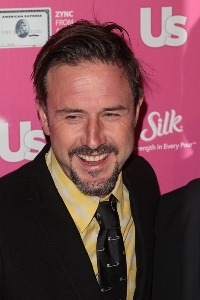 David Arquette is starting the new year by trying to turn his life around. The actor checked into rehab to help with alcohol abuse and heal his broken heart, his rep confirmed.

Arquette has been on a binge since splitting with his wife, actress Courteney Cox, and is trying to nip his behavior in the bud. Despite having a history of both alcohol and drug abuse, his treatment is not for drugs.

“He is in there for drinking and depression, not hard drugs. Rehab was inevitable,” a source told People. “He is dealing with a broken heart. He can’t handle all the changes in his life. All his inner demons came out.”

Arquette hinted at trouble during a recent Howard Stern interview, in which he said his therapist believed he was having a nervous breakdown and confessed to binge drinking.

“Everybody’s worried and concerned about me,” Arquette said. “When I drink, I become a maniac.”

The actor has the staunch support of a surprising source: His estranged wife, Courteney Cox.

“I really admire David and his choice to take charge and better his life,” said the 46-year-old Cougar Town star. “I love and support him.”

Cox and Arquette separated in October. They have a six-year-old daughter, Coco.