Love him or hate him, Brad Womack is back on season 15 of The Bachelor beginning January 3. 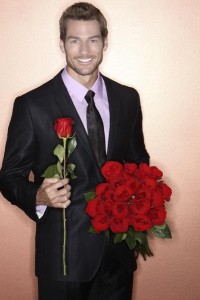 When ABC announced plans to bring Brad Womack back for a second chance at love, many fans threatened to change the channel on the “most hated bachelor” in the history of The Bachelor.

Now that we’ve had a chance to process Womack’s return to our Monday night line-up, can we forgive his choice to leave both Jenni Croft and DeAnna Pappas high-and-dry during the season 11 finale of The Bachelor? Does it really matter?

We’ll all be tuning in January 3 to see if Brad Womack is ready to finally find true love — that is, if he can keep the 30 ladies competing for his love from scratching his eyes out. That’s right, Brad Womack is getting the largest pool of women to choose from compared to the average Bachelor or Bachelorette’s 20 to 25.

Don’t expect to see the ladies immediately take to the newest bachelor either. If for no other reason, people will be tuning in to see the contestants find out their man-prize is Brad Womack. They truly had no idea when they signed on by the looks of some of the promos — there are slaps coming from every which way it seems.

These ladies, which include a widow, are going to be looking for a changed Brad Womack throughout the season and with all his therapy and soul searching we’re hoping they get it. Brad’s reportedly returning buffer, grounded and ready for love. According to Womack, “I did find somebody, I did fall in love…a true love story happened.”

Check out the season 15 premiere of The Bachelor January 3 on ABC.