When Oprah Winfrey’s new network OWN debuted on January 1, it reached 85 million homes. Immediately, it became clear this was a special network: Oprah gave audiences a look behind the scenes of the 25th season of her talk show, premiered new shows hosted by best friend Gayle King, Dr. Phil and Dr. Oz — and much more. Here is what we’re looking forward to most on OWN. 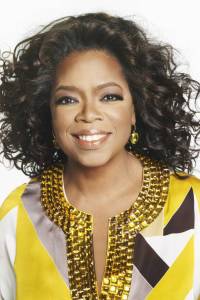 Oprah Winfrey is the Queen of Television and she’s launched her very own network, OWN.

Partnering with Discovery Communications, the network features brand new content and the return of some old favorites. Some critics have speculated that OWN won’t last, but we think that’s just horse pucky.

This is Oprah we’re talking about. She single-handedly creates stars. Authors are desperate to be featured in her Book Club. Companies vie to be a part of Oprah’s Favorite Things. She can sell out huge venues when she opens her mouth. How in the world could OWN be anything but a success?

Here are a few of the offerings from the fledgling network that we’re looking forward to most.

Making network your OWN

Ask Oprah’s All Stars: Shot in front of a live audience, we’ll get to ask questions of a few of the luminaries Oprah has discovered. We’ll see Dr. Oz, Dr. Phil and Suze Orman give advice on health, wealth and peace of mind in this four-part series debuting January 2.

Oprah Presents Master Class: Eight hand-picked luminaries will give advice and share the stories of their successes and failures, love and heartbreak. This season will feature Jay-Z, Simon Cowell, Sidney Poitier, Dr. Maya Angelou, Diane Sawyer, Lorne Michaels, Dr. Condoleezza Rice and the big O herself. Check out the first episode on January 2. 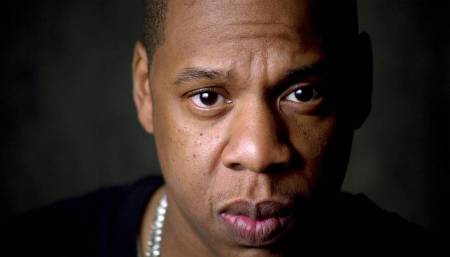 Cristina Ferrare’s Big Bowl of Love: Who doesn’t love cooking shows? Mom, author and former talk show host Cristina Ferrare brings you into her home, introduces you to her friends and shares her favorite recipes. The show premieres January 3.

The Gayle King Show: Oprah’s best friend and editor-at-large for O Magazine, Gayle King is about to follow Lady O and launch her very own talk show. 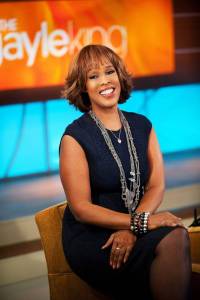 This lady has plenty to say and we can’t wait to hear it! Watch Gayle do her thing January 3.

In the Bedroom with Dr. Laura Berman: Sex expert, bestselling author and radio host Dr. Laura Berman gives you some help and advice about what to do in the best room in the house. Oh, you thought that was the kitchen? The show will air its first episode on January 3. You know you’ll be watching.

Enough Already with Peter Walsh: It’s impossible to keep yourself organized these days, but organizational expert Peter Walsh is here to help. We get to watch him turn around the lives of families across the country with tips, tricks and maybe even a Trapper Keeper or two. Just kidding. Get your life in order January 3.

Coming later in 2011, we get a brand new talk show from Rosie O’Donnell and Sarah Ferguson, Duchess of York. We’ll also watch singer Shania Twain try to make a comeback in a reality-style show called Why Not?. And if you’ve missed the home decorating swap show Trading Spaces as much as I have, look for a return with host Paige Davis. This is only a taste. There is plenty more coming from OWN.

So what are you looking forward to on the brand new network? Let us know below.