We read tons of books in 2010 and loved many of them, but only one can be our best book of the year. 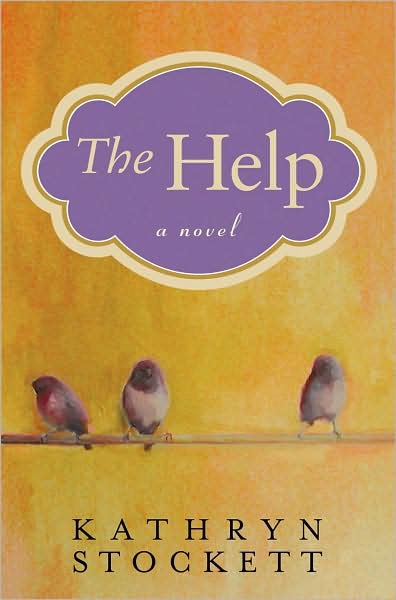 Technically, The Help by Kathryn Stockett was published in 2009, but it lit up the charts throughout most of 2010 — remaining on many bestseller lists for weeks. We finally gobbled it up this year, too, and needless to say — we get why it’s been on everyone’s reading list all year long.

The Hype on The Help

Three ordinary women are about to take one extraordinary step.

Twenty-two-year-old Skeeter has just returned home after graduating from Ole Miss. She may have a degree, but it is 1962, Mississippi, and her mother will not be happy until Skeeter has a ring on her finger. Skeeter would normally find solace with her beloved maid Constantine, the woman who raised her, but Constantine has disappeared and no one will tell Skeeter where she has gone.

Aibileen is a black maid, a wise, regal woman raising her seventeenth white child. Something has shifted inside her after the loss of her own son, who died while his bosses looked the other way. She is devoted to the little girl she looks after, though she knows both their hearts may be broken.

Minny, Aibileen’s best friend, is short, fat, and perhaps the sassiest woman in Mississippi. She can cook like nobody’s business, but she can’t mind her tongue, so she’s lost yet another job. Minny finally finds a position working for someone too new to town to know her reputation. But her new boss has secrets of her own.

Seemingly as different from one another as can be, these women will nonetheless come together for a clandestine project that will put them all at risk. And why? Because they are suffocating within the lines that define their town and their times. And sometimes lines are made to be crossed.

In pitch-perfect voices, Kathryn Stockett creates three extraordinary women whose determination to start a movement of their own forever changes a town, and the way women — mothers, daughters, caregivers, friends — view one another. A deeply moving novel filled with poignancy, humor, and hope, The Help is a timeless and universal story about the lines we abide by, and the ones we don’t.

Best Book of the Year

Hands down, The Help is our SheKnows pick for best book of the year. With a powerful and moving mixture of history, culture, friendship and so much more — we couldn’t help but read it in one sitting and we are very excited about the movie starring Emma Stone.

Stay with SheKnows as we give you exclusive access to the making of the movie The Help. We were on the Mississippi set in the heat of the summer, but it was nothing compared to the vapor trail of acting we saw embody this wonderful book. As soon as the studio gives us the green light, we will bring you the story behind The Help!