Why did Zac Efron and Vanessa Hudgens split? One source reveals that commitment issues drove the couple apart. 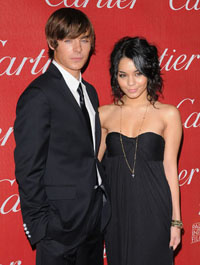 Did Zac Efron end the relationship because Vanessa Hudgens “pressured him to get engaged?” That is what In Touch is saying about the breakup of the couple who met and started dating in 2006 during High School Musical.

A source revealed that Hudgens was disappointed that Efron was not planning on proposing anytime soon. “Vanessa was expecting an engagement ring for her birthday, Christmas or New Years… When he realized he wasn’t ready to get engaged, he decided to end things.”

Despite the fact that Hudgens looked happy at her recent birthday celebration, the magazine is reporting that she is “incredibly devastated.”

A source tells People that “they are 100 percent still good friends” while another source stated the relationship had simply “run its course.”

What do you think? Do you think Vanessa was ready to get engaged? Or was it time for the couple to move on?