Each year the hippest of the hip converge on Austin, TX for SXSW, a music and media conference bringing the indie world’s most compelling film, music and web material to the world stage. Here’s how the 2010 South by Southwest Festival went down. 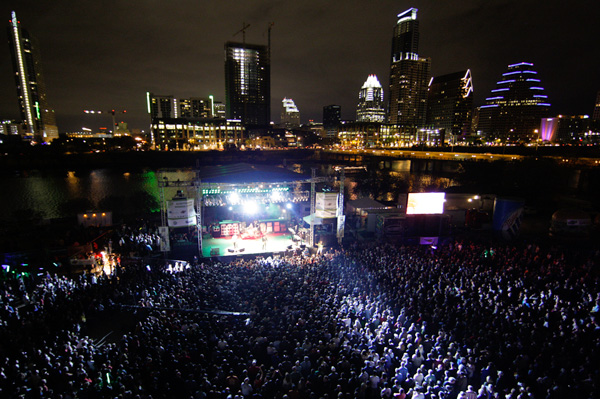 Drawing nearly 2000 bands and over 100,000 fans, SXSW 2010 proved that a shaky economy, struggling music industry and near-freezing temperatures are no match for media lovers.

The highlight of the fest was no doubt the all-star tribute to Alex Chilton, frontman for Big Star and the Box Tops, who died of a heart attack three days before his scheduled performance. 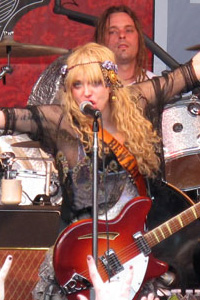 The low point? Arguably Courtney Love kicking off her Hole tour. Not because the set wasn’t good — it got favorable reviews and Love seemed unusually unintoxicated — but because founding Hole member Melissa Auf der Maur was showcasing alone and not part of her very own band.

But SXSW isn’t all about music. Interactive highlights some of the newest and coolest technology and web apps like Spotify, Foursquare and Gowalla, while the keynote by Danah Boyd focused on internet privacy  — or lack thereof.

SXSW even has its own film awards, and 2010 presented a compelling list of entrants. Some of the winners included…

Check out the SXSW video channel on YouTube for all kinds of panels and workshops from SXSW 2010 and years past!