Kate Gosselin has made a near-impossible New Year’s resolution: To find herself a man. 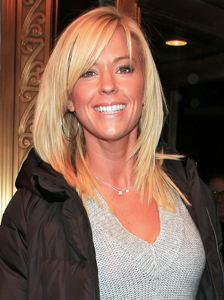 Kate Gosselin wants a man, and she says 2011 is her year to find one. Problem is, what kind of man will go for a single mom of eight kids who plays out her entire life in front of the TV cameras?

No matter — Kate Gosselin will find him, even if she has to travel to the four corners of the earth alone with her married-but-never-with-his-wife bodyguard.

“No one wants to be a single parent,” a friend of Kate’s told Popeater’s Rob Shuter. “So much of 2010 has been about the children that Kate forgot to look after herself. Now, in the New Year, Kate is determined to start dating again and hopefully find a new man.”

For once, Kate Gosselin is going to try to do things a little differently and keep at least one part of her life private: Dating.

“Kate has learned her lesson about love on camera,” an insider told Shuter. “Any dates that she goes on will be strictly private with no cameras around. It’s going to be hard enough to find a man who is willing to take on Kate plus her beautiful eight children; asking someone to do all that on camera is impossible.”

read on for more kate gosselin