Kelly Osbourne held back nothing as she trashed her ex-fiance Luke Worrall on Twitter.

Kelly Osbourne and her fiance Luke Worrall split up in July after being together for nearly two years. The 26-year-old Osbourne tweeted on Christmas Day: 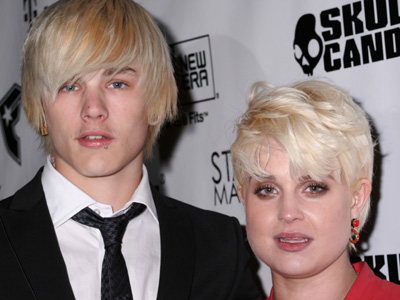 The next couple of days, she continued her rant, saying:

“What do you do when someone lies in the darkest way and you try to tell the person that was lied to but they don’t believe you? I think the best part of this situation is that I have been painted out to be the crazy one when all I did was tell the honest to God truth.”

“Luke Worrall is the biggest piece of (expletive), he has been trying to get back with me, I only came home for Xmas to see him. Meanwhile, he has been (expletive) hundreds of girls…behind my back,” she continued.

“All he did was use me. All girls, beware of @Luke_worrall he is a using (expletive)! He used me for my money and a free ride. He is lucky I am not spilling the whole truth about what he did!”

“He is the worst thing that ever happened to me,” Osbourne tweeted. “I don’t give a (expletive) what happens to him anymore…I am and always will be too good for him…Darling, your pretty face will only get you so far because you don’t have the brains to back it up.”

She ends her rant by tweeting: “Don’t think I have ever felt so stupid he made a fool of me going to be off Twitter for a while never felt heart brake like this in my life.”

How did Luke Worrall respond? He tweeted, “Lies on Twitter awesome,” and “No, because I’m not going to spill personal business over Twitter. I’m not that low.”