Steven Spielberg is teaming up with TNT for an alien experience of epic proportions in the new drama, Falling Skies. 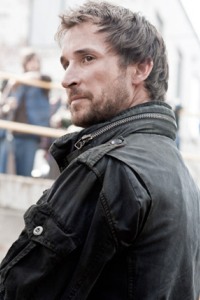 Steven Spielberg’s TV project is not due to hit the small screen until the summer of 2011, but the trailer for the TNT drama Falling Skies has already premiered.

Steven Spielberg’s Falling Skies features Noah Wyle as the fearless warrior tangling with aliens after they attacked Earth — sounds a bit familiar, right? Maybe not, according to the producers of Falling Skies. The series will focus less on the attack and more on what happened after and what the aliens “left behind.”

This obviously isn’t Steven Spielberg’s first experience with stories about aliens. Most recently, he crafted his own remake of the H.G. Wells novel, War of the Worlds. Falling Skies may also take a few pointers from other TV alien shows, such as Battlestar Galactica and V.

Check out the first trailer of Steven Spielberg’s TNT drama, Falling Skies, and tell us what you think of the latest alien series set to hit TV screens in the summer of 2011. We’ll be watching, will you?