Wherever you put your holiday cheer, make some more room, because the celebrity holiday cards have hit the net! 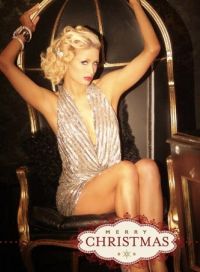 The Keeping Up with the Kardashians clan was one of the first celeb holiday cards to make the rounds on the net.

The Kardashian e-card features the whole group glammed up for an old school stairway photo.

Paris Hilton had a similar idea in mind, striking a glam pose on her own for her holiday card, while ’80s drama queen Joan Collins’ card harkens back to the glamorama of the Dynasty days, featuring an illustration of Collins lounging on a red couch.

Joy Behar’s HLN show holiday card features her cuddling up to Bill O’Reilly, making a nod to this year’s biggest The View controversy, and there’s even a card from Pee-wee Herman making the rounds.

Bachelorette Jillian Harris, who split from her reality show fiance this summer, is also in the set. She sent out wishes of “Joy” with a cute solo shot.

Nadya “Octomom” Suleman got her whole brood into her shot, but made news for wearing a tight red tank top that showcases her, um, attributes. 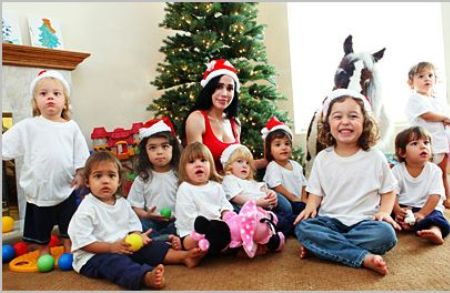 SheKnows hasn’t spotted the newest Mariah Carey–Nick Cannon card for 2010, but the pair is known for going with sexy caricatures of themselves as Mr. and Mrs. Claus. Wonder if this year’s Mrs. Claus is showing off a baby bump? 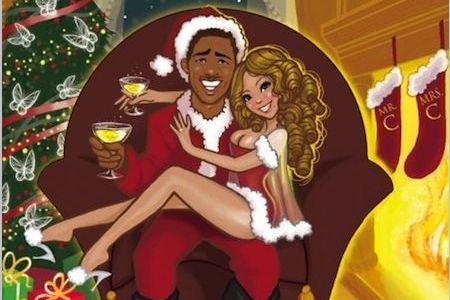 Then there’s the adorable gallery of celeb cards on Us magazine’s site. The selection includes a photo booth shot of Pete Wentz, Ashlee Simpson and little Bronx in their Christmas gear; Dancing With the Stars alum Evan Lysacek as Santa on ice; The Bachelorette success story Trista, Ryan, Maxwell and Blakesley Sutter sharing a love seat; and Biggest Loser host Alison Sweeney hanging with her fam. 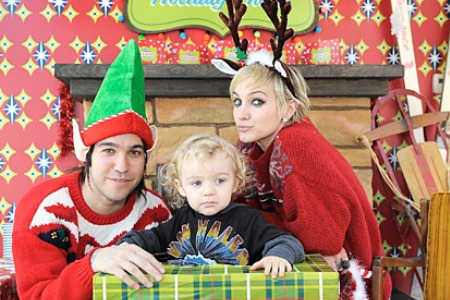 Hugh Hefner posed with his current live in girlfriend Crystal Harris, while his ex Kendra is cozied up in front of a faux fire with hubby Hank Baskett and their baby Hank. 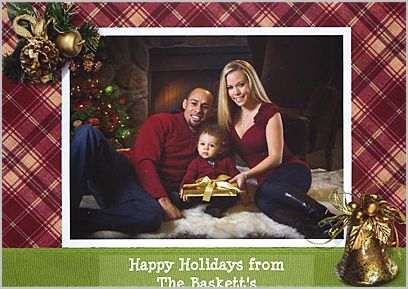 “I was the makeup artist, the stylist…I designed every inch of it!” Kendra told Us. Samantha Harris shows off her baby bump in her family’s holiday card photo, while reality star Bethenny Frankel and hubby Jason Hoppy got into their skating finest to pose with baby Bryn and their pup Cookie. In honor of Frankel’s run on Skating with the Stars, the family chose the greeting, “Live on the edge this season.” Hey, that’s actually kind of cute! 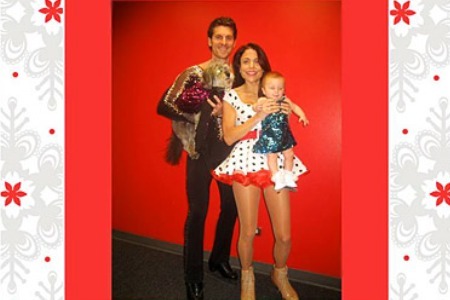