Ewan McGregor’s new movie, The Impossible, was halted after the actor received a death threat from the man who had been his stand-in for the movie. 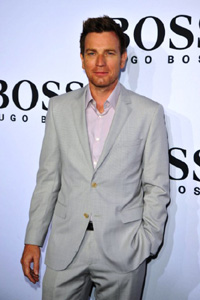 Ewan McGregor’s movie that was filming in Thailand was halted after the actor received a death threat — from the man who was used to fill in for McGregor as the camera crew set up the shots!

The unnamed man had written a scary poem to the actor, which included the line: “Twisting the knife as I look into your eyes.”

The Thailand police, however, were not called on the matter. A member of the local production crew explains: “We could not call Thai police because the man had only written poetry, and they would be unlikely to understand. Instead there was no confrontation.”

“The extra was told that he would not be needed for a week and he would be called when it was time,” the crew member revealed. “He was not called. He looked a little wide-eyed and preoccupied. The producers decided that he was a serious risk.”

Scary stuff for McGregor! The crewmember revealed that the man is American and lives in Thailand. He was paid around $90 a day and, although he was never on set at the same time as McGregor, he was allowed to use his trailer.

“I understand he later applied for a position on Scorpion King 3 which is filming in Thailand at the moment. I hope there is no further problem.”

Something tells me he won’t be getting that job!

read on for More Ewan McGregor