There are some people who can watch It’s a Wonderful Life over and over. They don’t mind the endless retelling in TV movies. They get warm fuzzies whenever they hear a bell ring. Miracle on 34th Street has them believing every guy in a red hat wants to give them presents. So what do you do if you’re not one of those people? Check out our list of 5 Alternative Christmas Movies.

It’s really easy to get Christmas fatigue. Stores start putting out decorations the day before Halloween. There are easily 40 different versions of Santa Baby out there. You have to endure endless commercials with store owners and newscasters in their very best Rudolph sweaters standing in front of a fireplace spouting something like, “Best wishes for a very happy and safe holiday from your family at -insert cheesy group here.” 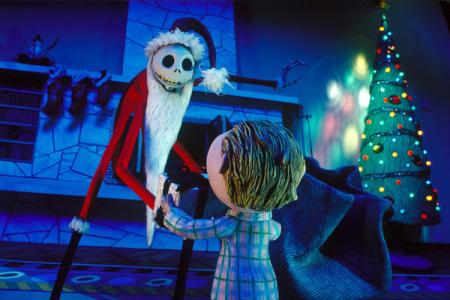 But what if your favorite Christmas character is the Heat Miser? What if you’re more likely to have a flying monkey as a tree topper than an angel? Here is a list of alternatives to the traditional Christmas film. And merry happy everyone!

Scrooged: Bill Murray plays a bitter TV executive named Frank who just doesn’t get the ooey gooey love fest that happens around the holidays. Three ghosts help him figure it all out. And hey, who wouldn’t learn about love after being punched repeatedly in the face by Carol Kane in a fairy costume? Hey, it’s got Bobcat Goldthwait, a musical number and some excellently quotable lines. “Don’t vex me, Frank!” 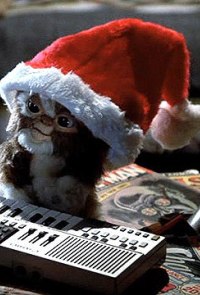 Bad Santa: Who knew this one would end up being a classic? An alcoholic mall Santa who robs the joint on Christmas every year, murder and a woman who gets turned on by Santa Claus? Heartwarming. And pretty darn funny.

Gremlins: You forgot this was a Christmas movie, didn’t you? Well, if you like a little horror for the holidays, this is the way to go. Plus, it’s instructional. It reminds us all to follow directions. If you don’t, that bike you spent hours putting together until 3 a.m. will fall apart. Or…you might have a house full of monsters. Same difference.

Die Hard: Return to the days of yore, back when Bruce Willis had hair. Let’s face it. No Yuletide celebration is complete without a few gun fights and a little C4 and Alan Rickman — a true Christmas classic.