Michelle Williams’ life is good these days and for the first time she’s opening up about the impact Heath Ledger’s death truly had on her. 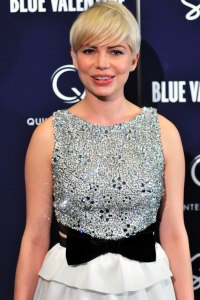 Michelle Williams hasn’t spoken publicly about the 2008 accidental overdose by Heath Ledger, until now. The actress opened up to Nightline’s Cynthia McFadden in a new interview about life after his tragic death.

Thirty-year-old Michelle Williams wrapped herself up in the book, The Year of Magical Thinking by Joan Didion, to try and find some sort of meaning in Heath Ledger’s death, but she ended up finding something a bit different — comfort. Joan Didion’s tale of grief after her own husband’s death helped Williams in a profound way. The actress said Didion’s own feelings brought “her comfort as she sorted through her feelings.”

Williams revealed to Cynthia McFadden, “It didn’t seem unlikely to me that he could walk through a door or could appear behind a bush. It was a year of very magical thinking, and in some ways I’m sad to be moving further and further away from it. I know I got kind of obsessed with that for a while, the before and after. A lot of things died. There’s a line from a book that gave me so much comfort and it said, ‘When you’ve truly lost everything, then at least you can become rich in loss.'”

While Williams and Ledger split in September 2007 after spending three years together, they were still fond of each other because of their commitment to raising their five-year-old daughter, Matilda.

With a bright future ahead of her and a new film, Blue Valentine, set to release, she still thinks back to the year after Heath Ledger’s death. “In a strange way, I miss that year,” she said. “Because all those possibilities that existed then are gone.”