The famous Abbey Road, the recording studio used by the Beatles, has just been declared a historic site. Can you believe this is only happening now? The move comes after reports the owners, EMI, were about to sell the joint. Rest assured, you can still pose like you’re on the cover of the Abbey Road album as the spot has been saved.

When reports hit the web that the owners of the famed studio, Abbey Road, were about to sell the spot in order to build, there was a fan uprising. 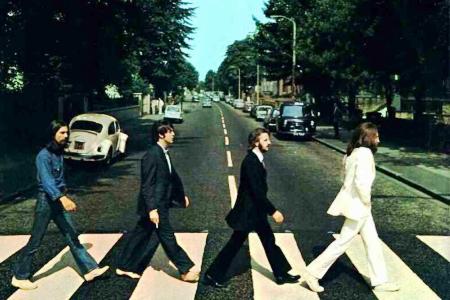 Fearing the site would be changed to a residential area, luminaries like former Beatles leader Sir Paul McCartney and composer Andrew Lloyd Webber called for the government to step in and declare it a? historic landmark. British Culture Minister Margaret Hodge has just declared the venue a Grade II listed building, the second highest category.

Basically what that means is, while you can make changes to the interior of the building, they have to be in keeping with the historic character of the place.

The Beatles recorded almost all ?of their albums there between 1962 and 1970. Pink Floyd and Stevie Wonder also used Abbey Road.

The place where John Lennon, Paul McCartney, George Harrison and Ringo Starr made musical history has become a pilgrimage site for Beatles fans, and posing on the zebra crossing outside the studios regularly stops traffic.