‘Tis the season to be jolly, and look back at the best of 2010! Next up for our Best of 2010 retrospective here at SheKnows Entertainment — The Top 10 TV shows of 2010 starring Modern Family, Hawaii Five-0 and The Good Wife!

Fall of 2010 was certainly the season of the procedural drama, with hoards of new cops, lawyers and doctors entering the fray — but in the end, 2010 as a whole was all about the sitcom. This year has seen a rebirth in the genre that makes us laugh thanks to returned hits like The Big Bang Theory, How I Met Your Mother and Community, plus new shows like Raising Hope, Mike & Molly and Better with You. 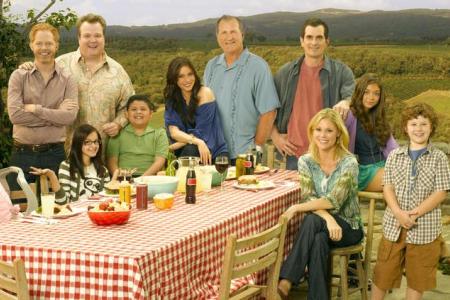 Here’s SheKnows’ breakdown of the best shows of 2010. Don’t agree? Just chime in and speak up for your fave!

Dancing With the Stars

America (and SheKnows!) loves to get its dance on, whether it’s with Dancing With the Stars, So You Think You Can Dance or America’s Best Dance Crew. DWTS repeatedly wins the ratings wars, however, by feeding our obsession with stars and seasoning the action with a sprinkle of controversy and drama.

Mentalist Jane was up to his usual stunts with the CBI crew this year, but his colleagues got to have some fun with him too. Jane also took some personal hits this year, with the reappearance of Red John and others from his past, keeping The Mentalist at a boil in 2010.

Tuesdays in 2010 were NCIS double feature night, traveling from the cold streets of DC to the sunny beaches of LA. The naval crimes are always intriguing, especially the NCIS tale that took us to Mexico and then into Gibb’s past, but Donald Bellisario’s procedurals both score with the warmth, teasing and camaraderie that his special agents share.

This year, Private Practice scored with the courtship of Addison and Sam, but once they were together (and maybe a bit boring for that), the show took things to another level with Charlotte’s unforgettable, emotional, enlightening rape storyline. It was an entertaining year at Oceanside Wellness, but KaDee Strickland (Charlotte) stole the show, earning herself our Emmy vote for 2010. 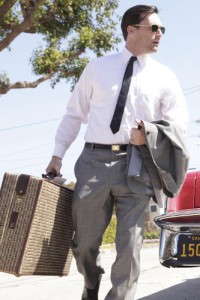 Couched in an era of change, Mad Men made big moves in 2010. The year harbored the birth of Sterling Cooper … more Draper Pryce, saw Dapper Don try to face his demons and pushed characters across feminist and racial boundaries. Change is never easy, however, and by year’s end everyone had backtracked, leaving Don engaged to his secretary, Joan carrying Pryce’s lovechild and SCDP on the verge of collapse.

Julianna Margulies tackles story that’s on a constant sizzle on The Good Wife, a show where politics and law get so dirty not even the kids are safe. This year saw rocking character development all around, especially after the partnership shakeup that kicked off season two. Amid all the reveals, backstabbing and scheming, however, it’s the triangle between Good Wife Alicia, her hubby Peter (Chris Noth) and her boss Will (Josh Charles) that kept us tuning in through 2010.

The series finale of Lost left fans wanting more and some questions unanswered, but that was to be expected. Whether or not you enjoyed the reveal that the Oceanic survivors were all convening in limbo, however, 2010 was wild. As we jumped between the island and the real world and learned the Cane & Abel tale of Jacob and the Man in Black; the finale episodes held all the majestic mythology, action and romance that made us fall for Lost to begin with. 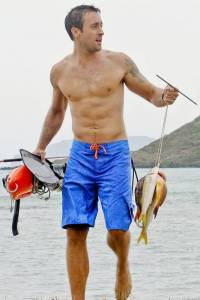 Remakes often leave us wondering, “Why? Why? Why?” Hawaii Five-O bucked the trend with a reboot that’s a fresh, gorgeously shot Hawaiian adventure. The 2010 editions of Garrett, Danno and their elite Hawaii Five-O team share a fantastic banter, pairing zingers with teamwork as they solve tough crimes.

The Big Bang Theory has always been a winner, but was beefed up in 2010 by adding more estrogen into the cast of Caltech dorks. Jim Parsons’ Sheldon, in particular, got great laughs by bouncing off Penny and even found a “girl-friend” in quirky Amy Farrah Fowler. Add Bernadette to the crew, sprinkle in a few visits from assorted moms and sisters, and The Big Bang Theory is not just a boys’ club anymore.

This wacky, award-winning mockumentary scores by getting laughs out of Modern Family drama and rules Wednesday nights with its ABC neighbors, Cougar Town, The Middle and Better with You. Modern Family seals the deal for top spot with its hysterical cast of characters, including Ed O’Neill, Sofía Vergara, Julie Bowen, Ty Burrell, Eric Stonestreet, Jesse Tyler Ferguson and Rico Rodriguez, not to mention some stellar guest stars.