The Betty Ford staff member who accused Lindsay Lohan of assault has been fired by the clinic for breaking confidentiality rules. 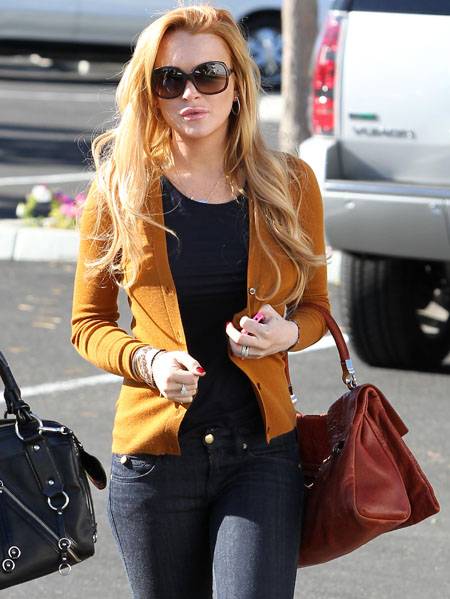 Dawn Holland was fired by the Betty Ford Clinic on Tuesday after she spoke to TMZ about the Lindsay Lohan situation.

In a statement, clinic officials said:

“Regrettably, on December 21, 2010, one of our employees violated strict confidentiality guidelines and laws by publicly identifying patients in a media interview and by disclosing a privileged document.”

“The employee has been terminated by the Betty Ford Center.”

Holland isn’t letting a little thing like getting fired and respecting the privacy of people in treatment stop her from continuing to yap to the press. In fact, immediately after she was canned she was running back to TMZ telling them the dirty details of how it all went down, allegedly getting paid $10,000 for the info.

The former staffer claims when Lindsay Lohan came home ten minutes past curfew, Holland was asked to perform a field sobriety test. Lohan called her mommy who said she didn’t have to submit, threw a phone at her and accused her of being a money-grubber when Holland threatened to press charges.

Lindsay Lohan says Holland berated and pushed her first and that she was merely defending herself.

Regardless, Holland had broken very strict confidentiality rules in place in every rehab center in the world, even going so far as to revealing the pseudonym Lohan goes by in the treatment center — high-profile peeps almost always use a different name in rehab — and providing a copy of the incident report to TMZ.

Police are investigating the entire situation. If Lindsay Lohan is arrested, she could go to jail for six months on a parole violation. As for Holland, it’s probably a safe bet she’ll never work in a treatment facility ever again. In the meantime, Holland has lawyered up.