Snooki, The Situation, new addition Deena and the Jersey Shore crew go Back to Jersey for season three, premiering January 6 on MTV. Jersey Shore fans don’t have to wait for the New Year for a peek: A riotous extended trailer has already landed. 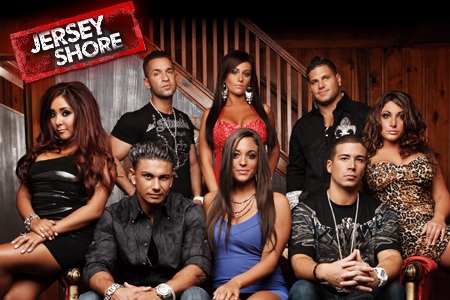 Fans can expect some familiar action, including hot tub canoodling, drunken mayhem and a healthy regimen of GTL; not to mention Sammi fighting with Ronnie, getting physical with J-Woww and battling with the new addition, Deena Nicole Cortese. Sammi may even move out!

New roomie Deena, who Sammi describes as a “four feet tall, short little meatball, exactly like Snooki,” shakes things up right off the bat by getting naked for a wide-eyed The Situation.

“It took a day for someone to see my goods!” Deena exclaims in the preview. 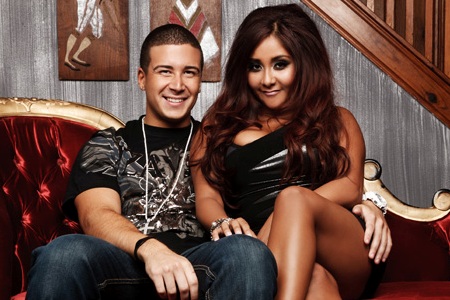 The Jersey Shore preview also highlights Snooki and her drunken spills and antics, as well as a clip of her tottering down the boardwalk looking for the beach, which is right next to her the whole time. That ultimately leads to Snooki’s much publicized arrest and there’s even a sneak peek of that action!

J-Woww faces her own drama when she breaks up with her man and has to go stealth to liberate her dogs. Ronnie takes out the stripper pole while showing off his moves, and then we get to see another side of him when he goes in for a proctology exam.