With Salt, director Phillip Noyce was given a priceless opportunity to further mold a film he had already finished.

Sony Home Entertainment approached the director about putting out the Angelina Jolie-starring Salt DVD with three cuts — the theatical cut of Salt, the director’s cut and the third cut would be the more violent version that packs a more emotional punch than the theatrical cut. 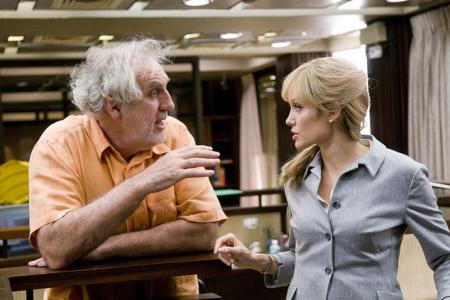 SheKnows: When you tackle the DVD of a film like Salt, particularly one that includes a director’s cut, is it an additional challenge for you to call on things that you were thinking about before for the film, but had to cut out for whatever reason?

Phillip Noyce: In previous years, there was a lot of anguish when it came to finishing a movie because it meant giving up some of your favorite possibilities for endings, for scenes and the like. The unusual thing about Salt, in this time in the business, is that the studios really need to provide content that’s hard to pirate and going to attract customers back to the increasingly empty DVD stores. At the usual time, about six weeks before the end of post-production, where you’re really coming down to those crunch decisions about which scenes are in and which are out, suddenly a call comes from Sony’s Home Entertainment asking to meet and they encourage me [laughs] to save all the possibilities. A couple of weeks later, after we’ve handed over the film, they came back and said that they wanted me to do two other versions given the material that you’ve shared with us — one of those versions being the cut that I would want to make, the director’s cut, free of any outside influence, and two, the original ending of the movie before we did some additional shooting. For every director who agonizes about material left on the cutting room floor, this is a real gift.

Phillip Noyce: At the time when post-production was shutting down, suddenly we were back up [laughs]. That was welcomed, because in the past, it hasn’t always been that way. When a film was cut, it was cut and done…forever. In the case of Salt, I don’t have to think about what might have been. It’s all right there and I can enjoy the debate I’ve started to see emerging from critics on the Internet.

SheKnows: As the creator behind the process, does it infuse you with a new shot of adrenaline to get back to the story that you originally wanted to tell?

Phillip Noyce: Absolutely. Because in conjunction with the producers, the studio and the preview process, you make a series of decisions in the countdown to locking down the film. Some of them are rational, some are totally irrational [laughs], some are made for story reasons or some because you want your character to be in a good light. You might not use a scene that might make your character a little morally ambiguous. That is what we had with Salt. There’s one scene in particular, where Evelyn Salt is forced to watch as she loses someone close to her. That scene really forces the audiences to do two things: To think about her character and what sort of person she is — could she have done something to stop the death of someone close to her — but secondly, the audience is forced to viscerally experience the pain she is feeling. It’s a very hard scene to watch. We jettisoned from the theatrical version in order to achieve a PG-13 rating. But, that was the first scene I put back in the director’s cut.

SheKnows: When you first put together the film and had to make that tough choice, had you even known this was a possibility that you could put the scene back in at some later time for home video?

Phillip Noyce: No, I didn’t [laughs]. It was out of the movie and it was resurrected by the good folks at Sony Home Entertainment. I couldn’t believe it that they wanted it! Their favorite version was the original ending.

Phillip Noyce: No, because the target is moving. The target is the audience. We don’t deal in finites. There’s not a right or wrong, it’s all subjective. You can’t please all the people all the time. You’ll fail if you try to.

SheKnows: The scene you’re talking about, because it’s so emotionally wrenching, is it nice for you as the director to be able to let audiences see the incredible work Angelina Jolie did in capturing the helpless pain her character was experiencing? 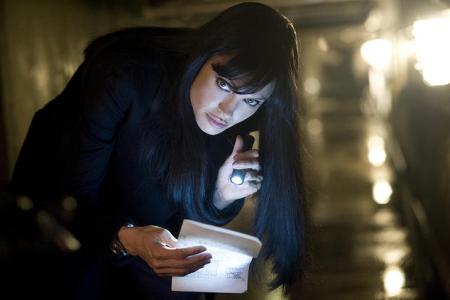 Phillip Noyce: There was a lot of discussion about the sequence. But, Angelina really had to dig deep and it’s rewarding to see that scene back in the film. It came down to the audience, some thought, would have expected her to save the day and the fact that she couldn’t, maybe, could have lowered their opinion of Evelyn Salt. They would not forgive her if she didn’t. But, for me, the reason for including the scene was exactly as you described. It’s excruciating for the character. It’s excruciating for the audience to watch. But, it is the galvanizing event in her life. Everything hinges on that one event, it’s the fulcrum of the world that Evelyn Salt revolves around.

Read on for more Salt