Oscar nominations will be announced in late January, but Oscar buzz is already at a high pitched scream. According to the Academy of Motion Picture Arts and Sciences, 248 feature films are eligible for the big one, aka the 2011 Academy Award for Best Picture. 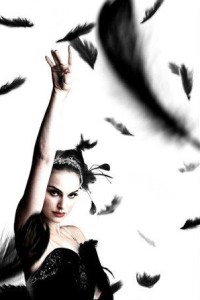 Feature films eligible for the Oscar for Best Picture must meet eligibility rules and 248 films make the Academy cut for 2011. Key eligibility factors are that the feature film must open in a commercial motion-picture theater in Los Angeles County by midnight, December 31, and begin a minimum run of seven consecutive days; must have a running time of more than 40 minutes; and must have been exhibited theatrically on 35mm or 70mm film, or in a qualifying digital format.

The BFCA boasts that their annual Critics Choice Movie Awards “are the most accurate predictor of the Academy Award nominations.” Word is that’s a reasonable boast, which is good Oscar news for Critics Choice’s 10 Best Picture contenders, 127 Hours, Black Swan, The Fighter, Inception, The King’s Speech, The Social Network, The Town, Toy Story 3, True Grit and Winter’s Bone.

The 83rd Academy Awards nominations will be announced live January 25 at 5:30 a.m., with the 83rd annual Oscar show set to air live Sunday, February 27, 2011 from the Kodak Theatre at Hollywood & Highland Center.

While we have to wait a whole month for the nominations, the show is already taking shape. James Franco and Anne Hathaway have been named as hosts, while Halle Berry, Jeff Bridges, Sandra Bullock, Marisa Tomei and Oprah Winfrey have been confirmed as presenters.