Lindsay Lohan could spend six months in jail after a physical altercation with a Betty Ford Clinic staffer. 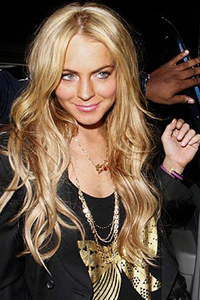 Lindsay Lohan may have violated terms of her probation if Judge Elden Fox decides she committed battery against a Betty Ford Clinic staffer.

The Palm Desert Police Department received a call at 1:03 a.m. on December 12 for “hand-to-hand battery” involving Lohan and a female Betty Ford staffer.

The altercation occurred after Lindsay Lohan and her rehab roommates — who were staying at a satellite house at the Betty Ford Clinic — went to a bar. The roommates were reportedly “drinking heavily,” however, TMZ is saying there was no evidence that Lindsay was drinking.

They returned back to the Betty Ford Clinic approximately ten minutes past their curfew. Lindsay reports that the female staff member was “unfairly” scolding her and was demanding she take a drug and alcohol test.

The staffer reportedly “put her hands on Lindsay,” and LiLo claims she told the staffer to “take your hands off of me” and then “pushed back.”

A source is saying that Lindsay feels that the staffer “had it out for her” and wanted a final confrontation since Lindsay Lohan was reaching the end of her stay at the clinic.