Chris Brown has finished his domestic violence class — and he has tweeted the certificate to prove it. 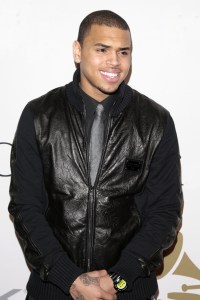 Chris Brown has completed his yearlong class on domestic violence he was ordered to take after being convicted of felony assault against Rihanna in February 2009.

“I’m done with class,” he tweeted, as he included a picture of this certificate of completion.

“I have enough self respect and decency to be proud of accomplishing this DV class,” he wrote. “Boyz run from [their] mistakes. Men learn from them!!!”

After being charged with felony assault in 2009, Brown was sentenced to five years of probation, six months of community labor and the one-year domestic violence class. He also had to pay fines and was ordered not to have any type of communication with Rihanna for five years.

Rihanna recently talked to British Marie Claire on how she is also moving on from the incident. “I couldn’t have been the woman I am, the friend, or the sister or the artist, or the role model I am today if I didn’t go through what I went through,” she said.

“I remember waking up one day and I knew I was over it,” Rihanna continued. “I didn’t feel lonely. I felt like I wanted to get up and be in the world — that was a great, great feeling.”