When it comes to hit singles, 2010 was quite a year and no one knows that better than upstart Bruno Mars. The singer-songwriter has either written or appeared on three of our Top 10 Songs of 2010, but will Mars take the top spot?

In the music year that was 2010, there is no question the performer to beat was Katy Perry. Perry scored three straight number one singles off her Teenage Dream album – California Gurls, Teenage Dream and Firework. 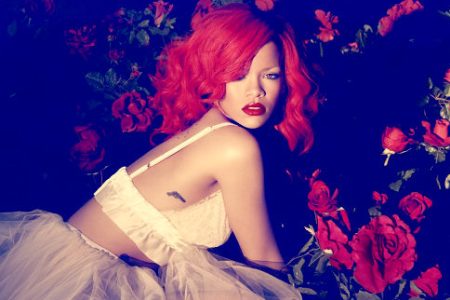 Although Pink won’t be raising any alcoholic drinks to toast this New Year’s Eve as she is welcoming her first child in the New Year, her hit single Raise Your Glass in fact celebrated a career on disc.

Raise Your Glass was the token new song on her upcoming great hits package. When it comes to getting a party started, there is still nobody who does it like Pink.

B.o.B. had a breakout year in 2010 and his duet with Paramore’s Hayley Williams is one of the year’s most beautiful and inspiring songs. But, when it comes to the best of the best, we agree with the Grammy Awards, who nominated Nothin’ On You by B.o.B. featuring Bruno Mars and his heavenly voice for Song of the Year over the Williams-assisted Airplanes. Nothin’ On You’s beat is masterful and is so catchy, months after its release, we still have the song stuck in our head!

8. Cooler Than Me, Mike Posner

Cooler Than Me by Mike Posner was composed in the singer-songwriter’s dorm room at Duke University. If a rough night spawned this rich track, perhaps Posner should have a few more! After hearing the song for the first time, we felt it described a random day walking in Beverly Hills. Upon hearing its genesis, it only further enhances our high regard for a song that is undoubtedly one of the year’s best, but also a track that provides a statement with its killer hook.

Speaking of statements, Travie McCoy left his Gym Class Heroes band mates for a solo project in 2010 and crafted this dreamy smash that captures the sentiment of anyone who imagines that anything is possible.

Probably the most catchy song of 2010 closes out our first half of the Top 10 songs of 2010. Cruz’s dance anthem had us jamming all summer long and into the fall. Dynamite is an instant classic in its ability to make a hook simultaneously unrelenting in its catchiness as it is a perfectly crafted pop song. Why Taio Cruz’s Dynamite wasn’t nominated for Grammy’s Song of the Year, we’ll never know.

Up next…the top 5 songs of 2010 including Rihanna, and Cee-Lo letting us know how he really feels!