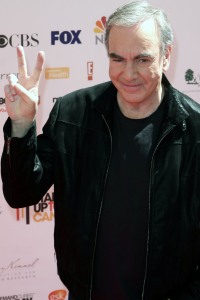 “Take one part Yardbirds, one part West Side Story, starring Bela Lugosi and Bette Davis, and you have Hellzapoppin! and then poof — and you have Alice Cooper,” the band’s front man said. “Now if you can digest that and the Rock n Roll Hall of Fame can digest that, we will happily be the Hall’s arch villains. We are grateful from the bottom of our black little hearts.”

Singer-songwriter, composer, actor and beatnik Tom Waits is an experimenter who pulls from blues, jazz, vaudeville, parlor ballads, beat poetry and everyday objects to create music. Waits’ voice is clearly recognizable for its unique growl, but since he broke onto the music scene in the 1970s, he’s also composed film scores, musical theatre and an operetta; recorded with the Rolling Stones, Bonnie Raitt, the Replacements and Roy Orbison; and had his songs performed by the Ramones, the Eagles, Bruce Springsteen, Johnny Cash, Bob Seger, Elvis Costello, Tori Amos, Rod Stewart, Marianne Faithfull, Robert Plant and the Neville Brothers.

“I await the arrival of my EMI (Experimental Musical Instruments) magazine every three months with great anticipation,” Waits wrote in 1996. “Each issue is a gathering of the whimsical, the ghastly and the awesome, from historical to contemporary to futuristic — for the concerned and daring musician there’s no better or essential publication available.”

Neil Diamond will be inducted into the Rock and Roll Hall of Fame as a performer in 2011, but the singer, songwriter and recording artist was welcomed to the Songwriters Hall of Fame back in 1984. He was the writer behind the Monkees’ eponymous I’m a Believer and has seen 70 of his songs make the charts, including Sweet Caroline, Holly Holy and Cracklin’ Rosie and his 1978 duet with Barbra Streisand, You Don’t Bring Me Flowers. At 69, The Jazz Singer star is beyond making movies, but still touring and still rocking.

“I never expected that I would be doing this for as long as I’ve been doing it,” Diamond told the New York Times in 2008. “Looking back and seeing that it’s been over 40 years since the first hits makes you think, ‘Is there a time that you stop?’ But I don’t think I’m ever going to stop. It’s the only challenge I have left in my life.”

New Orleans singer-songwriter, pianist and guitarist Dr. John brought the music and the culture of his hometown to the masses. Malcolm John “Mac” Rebennack blended voodoo mysticism, funk, rhythm & blues, psychedelic rock and Creole flavor to create the onstage persona Dr. John, the Nite Tripper. Dr. John has won five Grammys, each in different categories, including jazz, rock, pop, traditional blues and contemporary blues, and his new album Tribal is up for a contemporary blues Grammy this year. Dr. John is still recording and touring, while also serving as a spokesman for New Orleans.

“[New Orleans music] is part of whatever I’m about,” Dr. John has said. “The importance of it is beyond anything I do.”

The 1960s girl-group queen Darlene Love was snapped up from an LA gospel choir to become lead singer of the Blossoms and went on to be a hit on stage, TV and film. A Phil Spector favorite, she’s the voice in hits like Da Doo Run Run and Today I Met the Boy I’m Gonna Marry and sang backup for the likes of Elvis Presley, Dionne Warwick, Cher, Aretha Franklin, the Beach Boys, the Mamas & the Papas, Tom Jones and the Righteous Brothers.

Younger fans may recognize Love from her annual December 23 performance of Christmas (Baby Please Come Home) on The David Letterman Show, from her countless Broadway and stage shows, or as Danny Glover’s wife in the Lethal Weapon movies. At 69, Love just finished an Australian tour as the lead in Fame and is busy helping make the movie Who is Darlene Love?, based on her autobiography, My Name is Love.

Leon Russell made news this year for his collaboration with Elton John when their album The Union premiered at number three on the charts, but this producer, songwriter, arranger, studio musician and solo artist has made news before. He got on his first piano at age three, started rocking Oklahoma nightclubs at 14 and went on to play with the likes of Jerry Lee Lewis, George Harrison, B.B. King, Eric Clapton, Bob Dylan, the Byrds, the Beach Boys, Willie Nelson, Frank Sinatra, the Band, Glen Campbell and the Rolling Stones, to name a few. His biggest chart topping moment came when his 1979 duet with Willie Nelson, Heartbreak Hotel, hit number one on the Billboard country music chart, but he also released several solo albums, including the 1972 album Carney, which hit number two. At 68, Russell is still touring.

Music biz legends Jac Holzman and Art Rupe will receive the Ahmet Ertegun Award in 2011. Holzman, founder of Elektra Records, went from working out of his college dorm room in the 1950s to signing performers like the Doors, the Stooges and Queen, as well as Carly Simon and Harry Chapin. Producer Rupe got his start with post WWII “race records” and went on to create Specialty Records in 1946, specializing in rhythm & blues, blues, gospel and early rock & roll. Rupe’s biggest discovery was Little Richard and he also worked with a young Ray Charles, who was backing up Specialty artist Guitar Slim.

Congrats to the Rock and Roll Hall of Fame class of 2011!