Will Smith is returning to China after this year’s hit remake of The Karate Kid starring son Jaden. Smith is teaming up with Chinese filmmaker Eva Jin to create an hour-long crime drama set in the country. Any chance we’ll see Jaden kicking butt or Willow whipping her hair in the show? 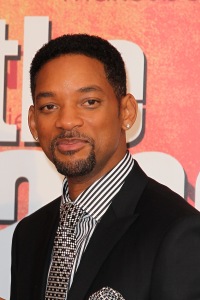 Will Smith is heading back to China…sort of.

Smith and James Lassiter’s Overbrook Entertainment is developing an hour-long TV crime drama for Fox. The show will be set in China, though no word yet on whether or not it will be produced in that country.

Smith’s show will reportedly be about an American female college student who fights crime, bringing to mind a cross between the canceled-too-soon Veronica Mars and the wildly popular Alias.

The project is being developed with Chinese filmmaker Eva Jin who is responsible for the romantic comedy, Sophie’s Revenge. Overbrook Entertainment already has All of Us under its belt and has a show based on the Will Smith film Hitch raring to go as well.

Smith is a busy man these days. Well hey — he’s got to keep up with his kids!

Willow Smith has got a hit song and Jaden Smith is a movie star at the age of twelve. They’re starting to make their dad look like a slacker!