Vince Vaughn and his wife Kyla Weber have welcomed their first child into the world: A baby girl! 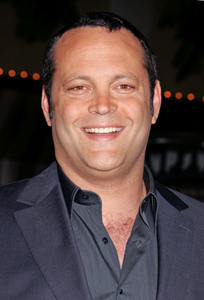 Vince Vaughn won’t be crashing any weddings anytime soon — he will be much too busy with diaper duty. The actor and his wife Kyla Weber are the proud new parents of a baby girl, born December 18.

“Both of them couldn’t be happier to welcome their sweet little girl into their family!” said a friend. “They’re having so much fun together and they’re so excited to be first-time parents!”

Vaughn dated and was rumored to be engaged to Jennifer Aniston after her much-publicized split with Brad Pitt, but the couple never officially confirmed the news. They split in 2006.

This is the first child for both Vaughn and Weber, who married on January 2, 2010.

read on for more vince vaughn